That was a real fun! The school announced a competition around the school houses. What are the school houses ? :
“There are four main house teams that children are assigned to at GHS. Children from the same families will be placed in the same house. These groups have been named after islands in our Gulf and are also associated with a colour. ”
Reka and Greg are in the Blue, so called Motutapu house and their mascot is a Blue Penguin, designed by one of the students.
So what is this Mud Slide idea? The idea is that every week till the end of this term, children can collect special house points for being kind to each-other, especially if they are kind when nobody is watching (when they are doing it without knowing that somebody is watching)
When somebody get a special house point they put it into their house box. Every week they are checking which house has the most points. Who is the winner can slide on the mud slide that week. The mud slide is nothing fancy, this is simply designed by the weather and has some help by the teachers and hose & water. 🙂
Last week the slide was postponed because of the weather – it was really cold and windy and rainy. Buuuut today finally Reka and Greg could slide. I tried to be there in time to take pictures, but they were kind of the first few students on the slide so I missed them, but I could download some pics from the school platform just to show how did it look like.
I think it’s so great to have such a dirty fun in the school. And I am kind of amazed that the principal is actively taking part of it. So the adult who you will see on the pics is our principal. 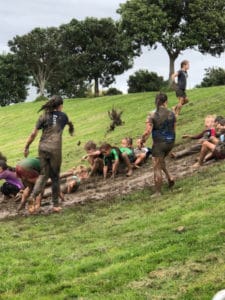 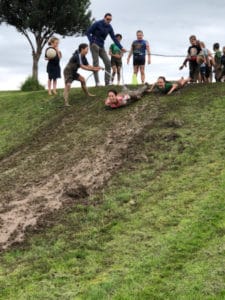 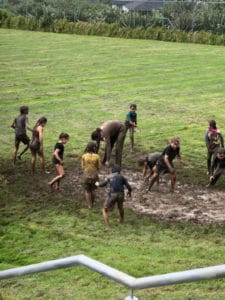 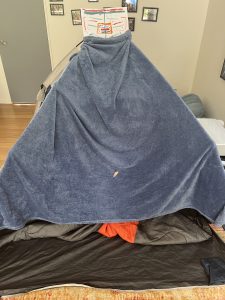